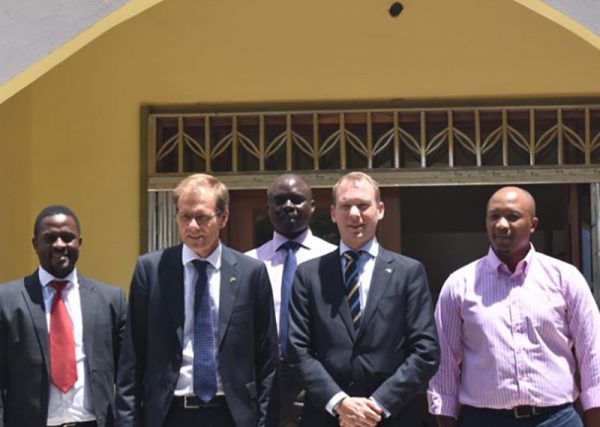 On 1st February 2019, trapca was pleased to host the new Ambassador of Sweden to Tanzania, His Excellency Anders Sjöberg who was accompanied by the First Secretary, Ludvig Bontell. During the visit the Ambassador and trapca staff had fruitful discussions on trade policy capacity building with the support of the Government of Sweden and the role of trapca. The essence of capacity building was considered key and an ongoing need among African LDCs. Most importantly, the trajectory of African Countries in trade liberalization was considered in need of increased support for mutual benefit of African countries and third countries. This however, requires increased support as most of the trade agreements that African countries, in particular LDCs have not registered visible integration amongst themselves and the global economy. Capacity building was therefore considered the key to unlocking economic transformation of African countries.