In a world characterized by unprecedented upheavals, current as well as potential pandemics, climate change crisis, attempts to rewrite the principles on which the international economic relations are premised, the role of trade as a cornerstone of economic self-determination of the African people in the African continent and diaspora cannot be overemphasized. As the world tithers towards being a melting pot of crisis after crisis, the ramifications on trade, economic growth and development of the African continent will be significant. The AfCFTA in this context provides the African countries a lifeline to undo the decoupled economic regimes at national and regional levels and steer intra-Africa trade growth. The commemoration of the AfCFTA as mandated by the 12th Extraordinary Summit of AU Heads of States and Government is therefore a seminal event that marks the beginning of the fulfilment of the vision of the founding fathers of the African unity.

The commemoration of the AfCFTA must inspire, energize and speed up efforts of the African countries towards realizing a long held vision of economic self-determination of the continent. Notably, the context within which AfCFTA was contemplated has drastically changed as underlined by efforts to redefine, redesign and rebalance the global economic relations. The affront against the onslaught of climate change, growing scepticism against free trade and an embrace of nationalist and inward- looking trade policies, fierce bids to shape global regulatory framework for 21st– century industries as well as the blurring of a line between national security and trade policy – all represent a new context in which the commemoration of African integration in the context of the AfCFTA has to be appreciated. The AfCFTA is therefore that sole spark of light that has a potential to hedge African countries against potentially rapturous outcomes from turbulent times of economic challenges facing the world.

There is no doubt that market size matters a lot when it comes to various African regional economic communities’ ability to exercise their economic muscle at the global market place. Fragmented regulatory regimes across the Continent while legitimate in their own right, do not in the long haul facilitate the consolidation of these regimes into a sizeable market that can foster commercially meaningful participation of African countries in the global economy.

Commemoration of the AfCFTA is, therefore, recognition of the firm foundation this Agreement represents, particularly as a pathway to defragmentation of African regulatory regimes as well as an enabler of final achievement of the objectives of the Abuja Treaty. It sets the opportune conditions to reset the African trade patterns from being predominantly driven by the booms and busts of commodity markets of third countries. By deconstructing fragmented regulatory regimes, the AfCFTA holds significant potential to redraw Africa’s economic map, rescind the Continent’s overreliance on exports of primary commodities and broaden the export market base.

Moving from Theory to Practice

The commemoration of the AfCFTA represents a reminder that the African Continent is adopting “a business unusual” approach as the basic ethos through which aspirations of over a billion inhabitants of the Content will be realized. It further represents a reminder that the success of an effective trade regime is not only measured by trade statistics but also visible changes in the standards of living of scores of indigent people across the continent. The promise of the AfCFTA to foster regional value chains and foster inclusive trade entails a commitment to “a business unusual approach”. While global partners are indispensable in their trade with the continent, there is no doubt that Africa’s upgrading in global supply chains will be only as strong as its ability to upgrade its participation from the bottom of the value chain and supply chain ladder. The impending implementation of the AfCFTA, as well as on going negotiations represent a once in a lifetime opportunity to obliterate the economic fault lines that characterize the fragmented economic expanse of the continent.

The future of Africa lies in the fate of the AfCFTA and ultimate realisation of the objectives of the Abuja Treaty. As the Continent and the world microscopically set sights on Africa as the next frontier of economic take- off, the AfCFTA is the sole continent wide insurance policy that will ensure that the Africa shapes the terms of engagement with third parties and trade with the world in value added goods. It is further an insurance policy that will guarantee that Africa secures its fair share of global economic pie while also maximizing benefits that come with continental integration. The AfCFTA commemoration is a significant milestone in a long-held dream of the founders of African unity.

As we commemorate the AfCFTA it worth remembering Africans who fell prey to COVID-19. With the potential onslaught of pandemics in the future looming on the horizon and drawing from hefty economic losses resulting from the impact COVID – 19 on all African countries, there is no shadow of doubt that, while AfCFTA is not the panacea for all problems, dividends therefrom will position the continent to better deal with future challenges.

TRAPCA’s contribution to the AfCFTA through building abiding trade and trade-related capacities of African countries through advanced training and research will ensure that as the Continent celebrates this important day, all hands will be on the deck to foster effective implementation and enforcement of the Agreement. AfCFTA represents “a business unusual” for the continent and all hands must be on deck to ensure that manifests as a step that leads to realising the objectives of the Abuja Treaty.

Tsotetsi Makong lectures in trapca’s MSc in International Trade Policy and Law. He is a resident faculty member and a legal expert in the field of international trade. His expertise spans a number of subject matter including intellectual property and competition law, international trade negotiations, trade facilitation and regional integration and international economic law. He is a former chief negotiator of UNCTAD Based G77 and China and WTO based Africa Group. Makong contributed in the drafting and legal scrubbing of the AfCFTA. He is currently part of SADC-EU EPAs roster of arbitrators.

The Trade Policy Training Centre in Africa (TRAPCA) is a Centre within the Eastern and Southern Africa Management Institute (ESAMI), which is an intergovernmental institute that is ISO certified and recognized by UNECA as a Centre of Excellence. 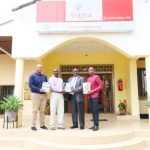 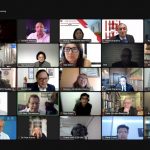 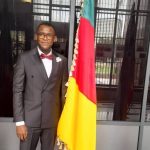 Trapca Alumni Appointed as the Director of the Common Market of the Economic Community of Central African States (ECCAS)
October 20, 2021ByTrapca 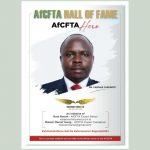 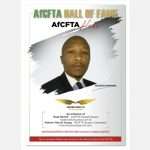